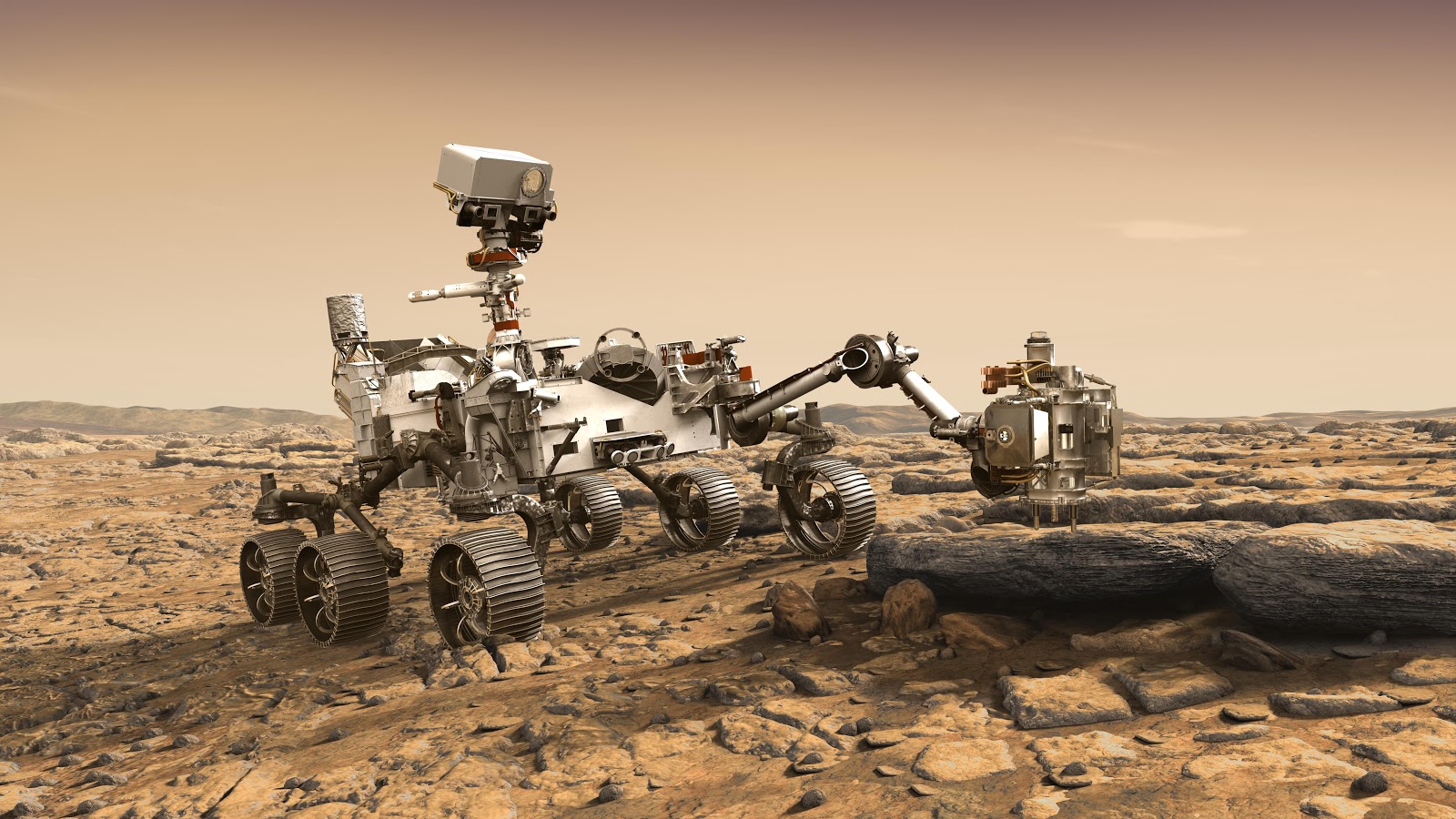 Normally, one of the highlights of our Robotics courses involves working with our programmable robotic vehicles. Unfortunately, the January lockdown meant that students and teachers were doing everything from home, which meant that it had become impossible to get these vehicles into the hands of students. Mr. Young did have one vehicle at home, but what good is it to have just one vehicle, and what good is it if no student can even touch it?

It seemed utterly hopeless. But then a flash of inspiration. There is another situation where a robot is far away from its programmers, too far to be touched or adjusted. The Mars Rover! (Rovers, in fact. Nasa has landed 4 rovers on the Martian surface in recent years, and it hopes to land a 5th, Perseverance, on February 18th.) Our class took a page from the Mars Rover program. However, we didn’t have 9 months (or 400 million dollars), so… we cut some corners.

Instead of actually sending our Rover to Mars, we sent it to the strange and mysterious world of Mr. Young’s living room. Each student’s Mission was to explore this world by sending programs to Mr. Young, who would then upload each program to the Rover, which would then be placed at the Starting Point, or wherever that student’s last Rover mission stopped. The Rover would execute its instructions. A camera was placed on the Rover to capture the video. The resulting “first person” video would then be sent to the student, who would then plan and code their next program. The process was repeated about 200 times and, after 4 long evenings, all 18 TEJ3M students had managed to explore this world at least a little bit. A few made it all the way and were richly rewarded.

Students were asked to map out what they saw. Here is Emma Ellsworth’s excellent map. When it was all over, and after a drumroll, students then compared their maps with the “actual” Martian landscape (i.e. suburban living room).

Emma Ellsworth kindly assembled all of her video fragments into one big, excellent, dramatic video.

Pandemic or no pandemic, the show must go on. Who knows what strange lands we will explore next quadmester? Rumour has it that a mission has already been launched to explore the mysterious surface of a Martian dining room table.